Petrol vs Diesel vs Electric- Cars Available And Their Living Cost

The battle for the supremacy of the best fuel for cars has been around forever. Let’s settle the age-old dispute once and for all.

The quest for finding the best fuel for cars and bikes has been around since the day wheel was invented. It was coal that made us start our dependency on fossil fuels. At the start of the 19th century, the very first Internal combustion engine was invented which paved the way for how automobiles are powered till the present day. Petrol engines have religiously been used in Cars for ages. Diesel engines were mostly reserved for heavy vehicles but with development, the modern-day diesel engines became smoother, quieter and thus made their way under the hood of modern-day cars and SUVs.

With fossil fuel depletion, environmental issues, and the rising cost of petrol/diesel cars, the electric cars are slowly coming into the game. The electric revolution could be the next big thing in the automobile world, that can be right around the corner. Let's find out how Petrol, diesel, and electric powertrains stack up against each other in 2021. 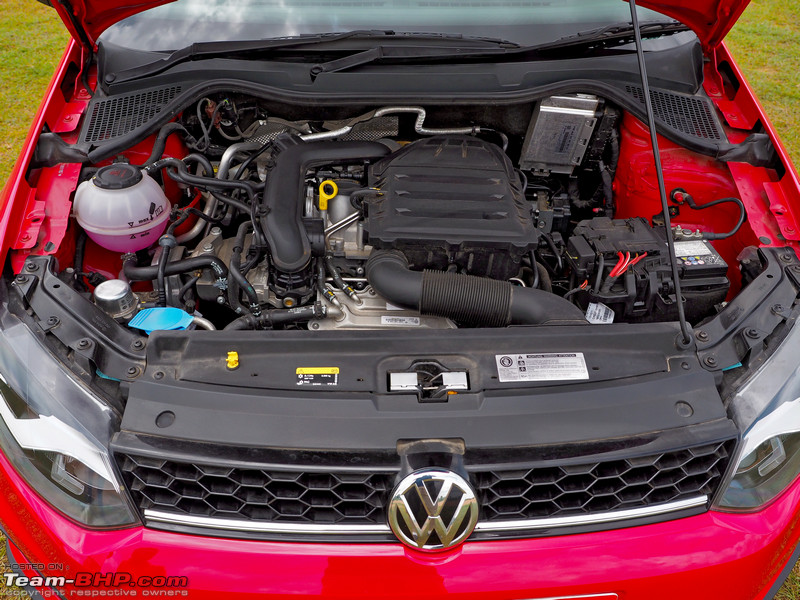 Very soon your future car bonnet may pop up only to reveal the batteries of your electric drivetrain!!!

Primarily every car that’s associated with high performance had been powered by petrol. Petrol engines rev higher, pumps out more power and has a wide power distribution throughout the rev range. All these are evident from the fact that all the sports cars and race cars are mostly petrol-powered.

Diesel Engines are more of a puller rather than a sprinter. Although the power output is comparatively lower than a petrol counterpart, diesel engines put out a heap load of torque which makes it the most suitable for SUVs and bigger cars that carry a lot of loads. Diesel mills equipped cars are known to have strong mid-range power with good low-end torque. This makes diesel Cars and Suvs perfect for offroading. More torque at low rpm also makes them mile munchers as they can cruise at high speeds while maintaining a low and relaxed engine Rpm.

The electric drivetrain is the new tech in town. It’s by far the most different in terms of performance. Electric cars are known to be notoriously peppy and responsive. This comes from the fact that electric motors provide almost 100percent of the available torque from the word go. This makes them the perfect city commuter where the instant torque delivery can be quite handy. 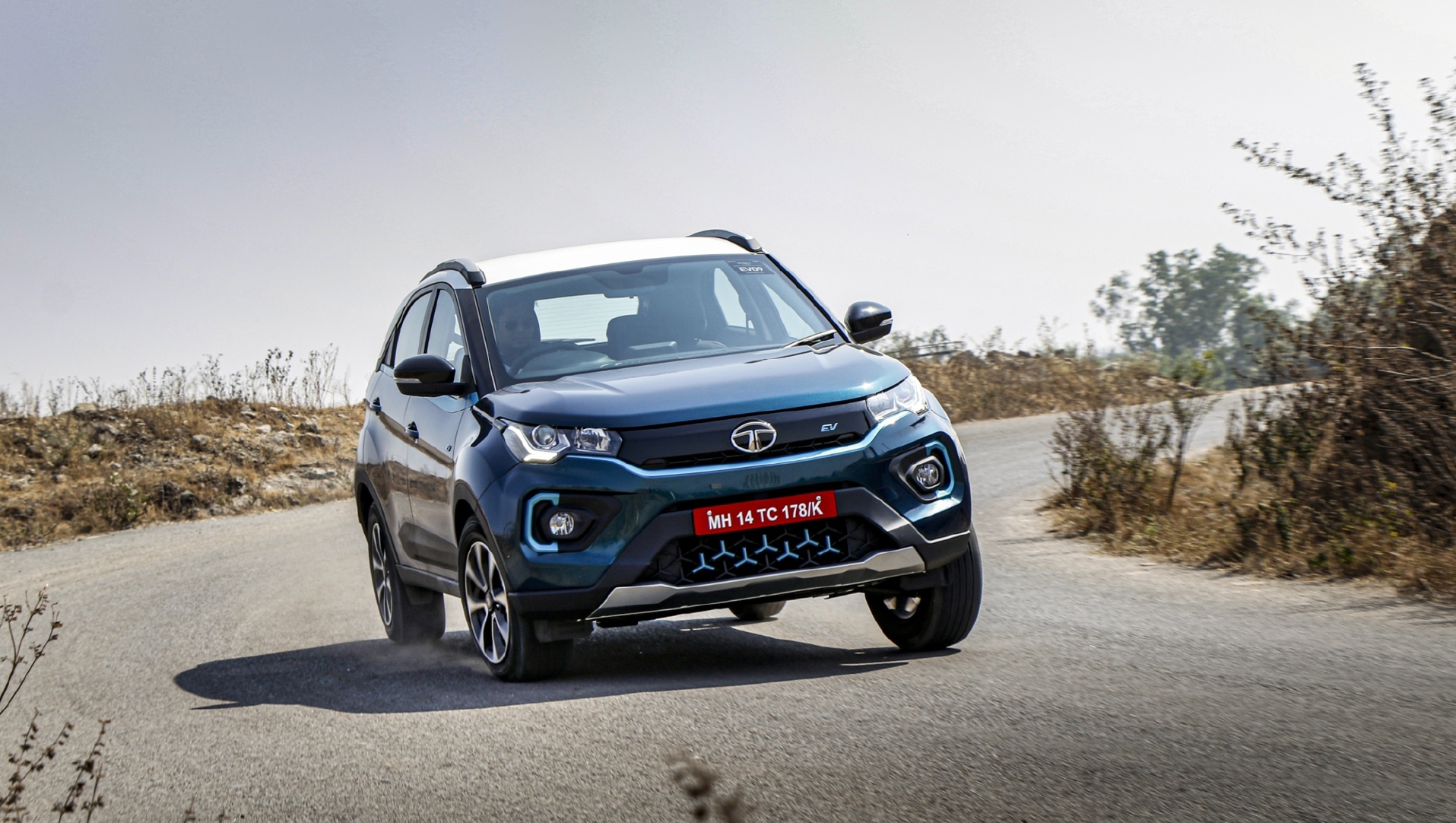 That moment when a new tech on the block is far more efficient than the age-old everyday technology...

When efficiency is in concern, it's the Electric car that gets the top spot. An electric motor has an efficiency of 70 to 90 per cent which is far better than even the most efficient petrol and diesel engines out there which ranges from 20 to 40 per cent. Thus there is no doubt why EVs are the future.

Between petrol and diesel cars, a diesel-engined vehicle is going to be clearly the more efficient one, with respect to the fact that Diesel engines(CI Engines) operate at higher compression.

Generally running cost of diesel cars are lower as compared to petrol counterparts, as diesel as a fuel is cheaper and diesel cars have better mileage as well. In comparison, Electric cars are ridiculously cheaper to run than any IC engined car as electricity is far cheaper than fossil fuels and EVs are far more efficient. This comparison holds true only when we don’t take the price of battery replacement into consideration, as a current modern-day Lithium-ion battery can be notoriously expensive. 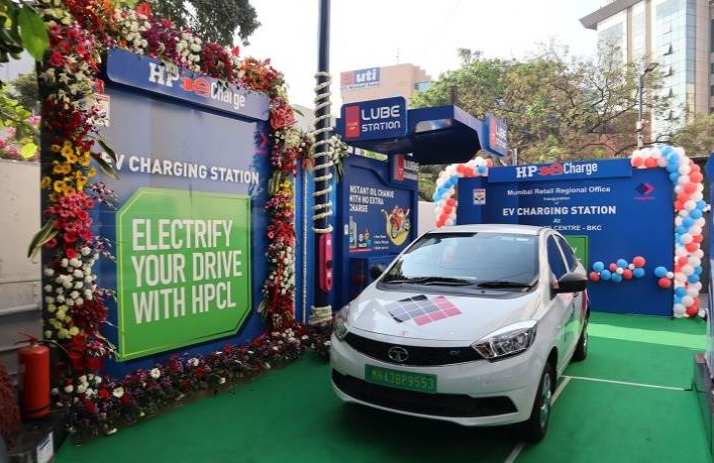 When was the last time you hopped in your car, worrying if you could make it to your destination? This can be a frequently occurring situation in an electric car with the kind of charging infrastructure that India has to offer. In this regard, Petrol/diesel cars provide tension free rides without suffering from range anxiety. With fast charging technology and increasing fast-charging stations, the range anxiety of EVs would eventually plummet down.

Petrol engines were the go-to drivetrains when it comes to comfort and refinement. Diesel engined cars have made tremendous progress in the refinement department but are still unable to get rid of the characteristic diesel clatter.

Hands down Electric cars are a clear winner when it comes to refinement and smoothness. There's virtually zero engine noise and vibration. You should definitely consider an EV if wanna isolate yourself from all mechanical bits and pieces. 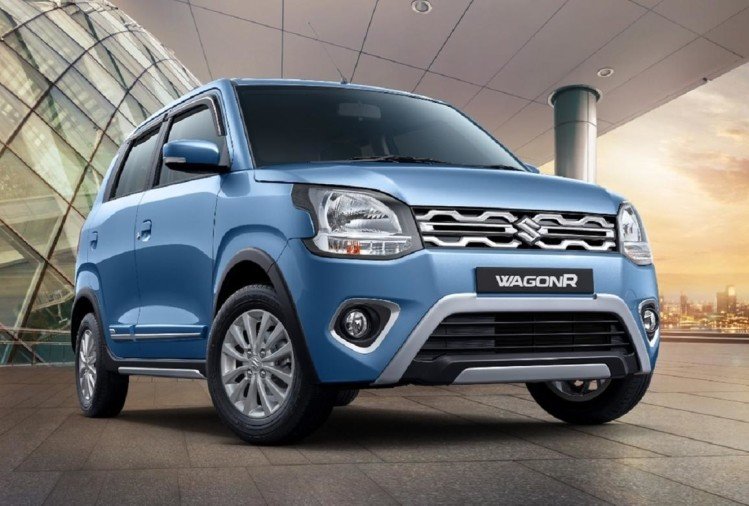 The best selling petrol car in India in 2021 ( Maruti WagonR)

Nearly 90 per cent of all the cars that are available in the Indian market today are having a petrol offering. Starting from Maruti Alto, Hyundai Santro and Renault Kwid all the way to top of the line BMW 7 Series and Mercedes S class. If you are in the market for a brand new petrol car, there are a plethora of options available in every possible Segment.

With new emission norms more and more car manufacturers are ditching diesel engines and going for petrol only models. Maruti Suzuki has been the trendsetter after they started selling only petrol models in the country.

The cost of living with a petrol car is not as bad as it's thought to be. Even with Skyrocketing petrol prices, the cost of ownership of a petrol car is moderate. This is again helped by the fact that the maintenance of a petrol-powered vehicle is substantially low as compared to oil burners. Everything starting from consumables like air, oil filter to spare/replacement parts like piston rings, gasket etc are way cheaper in petrol cars. Also, modern-day Petrol engines have evolved significantly with higher mileage figures than ever, bridging the gap with diesel cars.

Diesel cars are available in the Indian market today 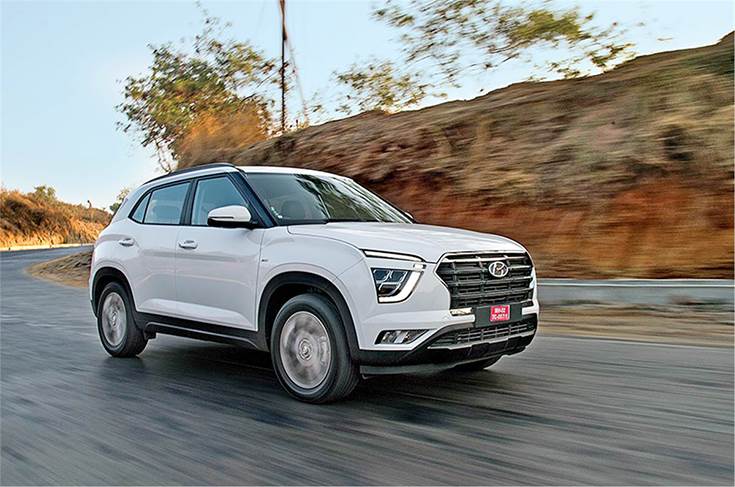 Although there has been a sharp decline in the number of diesel offerings in the small car segment, the SUVs, MUVs and some higher-end mile munchers still depend on the oil burners. Some best selling diesel Cars that you can buy today in India are Hyundai Creta, Toyota Innova Crysta, Mahindra Bolero, Mahindra Scorpio and Kia Sonnet.

The initial cost of a diesel car can be at least 15 per cent more expensive than the petrol counterparts. The overall cost of ownership of a diesel rig is more than a petrol car for low to moderate daily use. If you are planning to clock at least over 20kms per day, only then the economics would shift in favour of diesel cars, thanks to cheaper fueling costs. That's why commercial cars have always been favouring diesel engines.

Electric cars that are available in the Indian Market 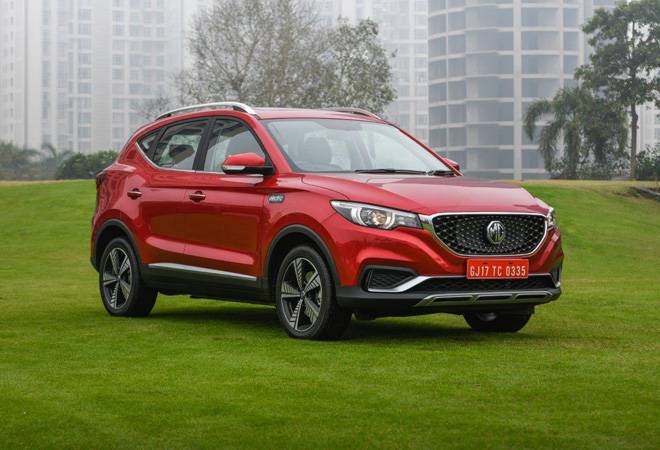 Electric Vehicles are the new entry into the Indian automobile market and only a handful of options are out there. If you are in the market for an Electric car of moderate range, there are three solid options namely Tata Nexon Ev, MG ZS EV and Hyundai Kona. The Tata Nexon EV is the cheapest of the lot and offers the most value for money. A claimed Range of 312kms which would be more like 250ish km in real-world and a price difference of around 7lakh rupees from the MG and Hyundai makes them run for their money. The MG ZS EV and Hyundai Kona electric are a bit better when it comes to range and performance as the spec sheet and price tag suggests.

Electric cars are cheaper to run as e motors are more efficient and electricity is way cheaper than Fossil fuels, but the overall cost of ownership of an electric car is way high as of now. A brand new electric car is significantly pricer than an equivalent petrol/diesel car. For example, the Tata Nexon Ev is a hefty 6lakh rupees more expensive than the petrol model with equivalent trim, which throws Nexon EV vs IC engined Nexon out of the equation.The main hike in cost comes with the state of the art lithium-ion batteries. It would take an electric car a huge amount of mileage under its belt to break even the extra initial buying cost as compared to a Petrol/diesel before we can benefit from the low running cost of an EV. So if you want to be an early adopter of the electric revolution due to its low running cost, you better stick to frugal petrol or diesel as the low running cost of an EV is far outweighed by a heap load of other costs. 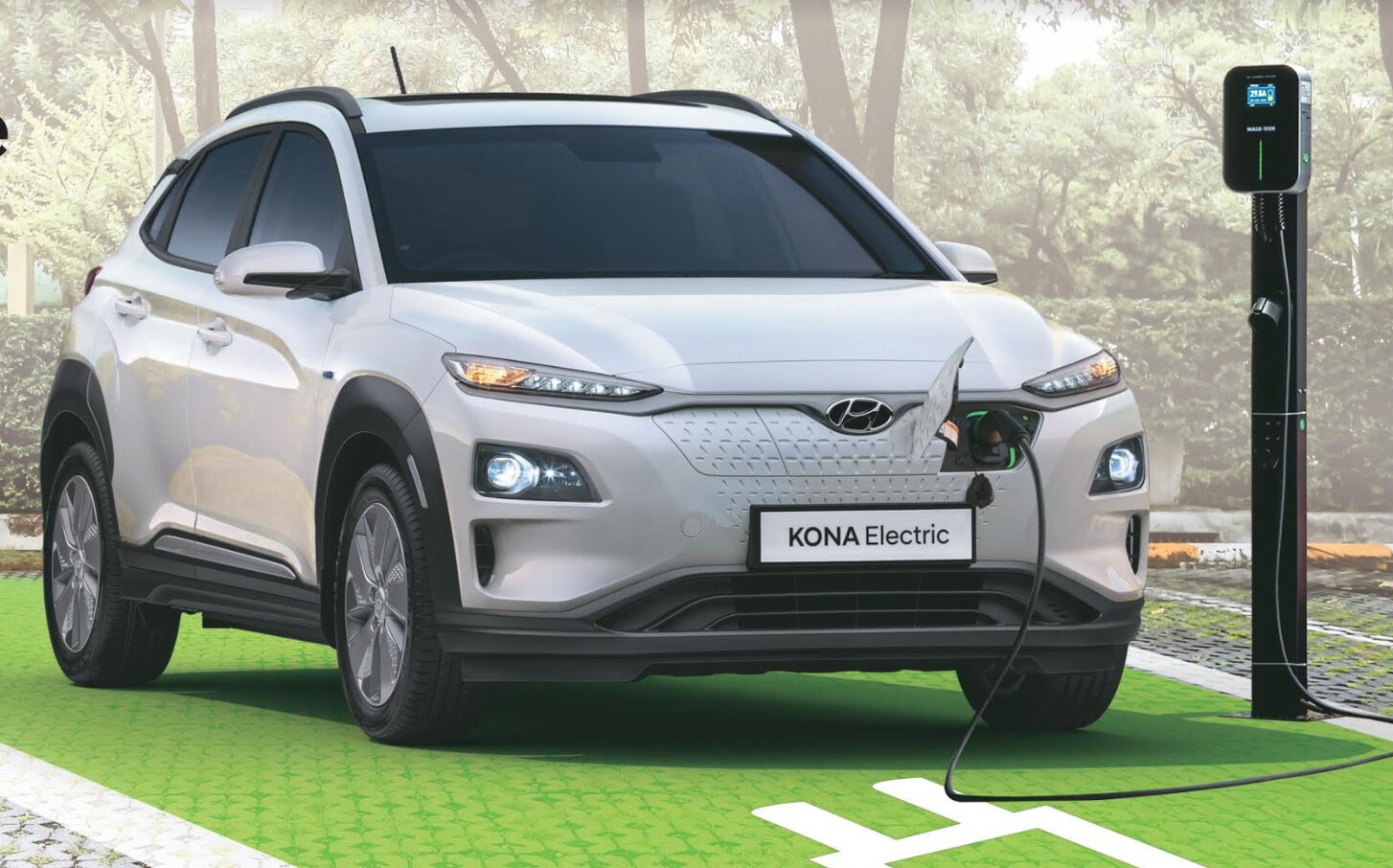 Be ready to get used to seeing this familiar way of refuelling...

Although there is no doubt that Electric is the future, it's still the IC engined cars that make sense in terms of the price, range and performance. EVs have evolved a lot since the early Mahindra Reva. Electric Car adoption will come down to not only the development of the Cars and batteries themselves but the development of an entire EV ecosystem which consists of fast-charging stations throughout the country. In India, Petrol, diesel and electric cars would co-exist for a long time before EV technology and infrastructure takes over completely.

Top 10 Must Have Accessories For Your Car

10 Best Driving Roads In And Around Kolkata